From Norway to the world

Norske Skog's origins lie with Nordenfjelske Treforedling AS, founded on 1 March 1962. The first paper machine at Skogn started production in 1966. In 1972, the company changed its name to Norske Skogindustrier AS. 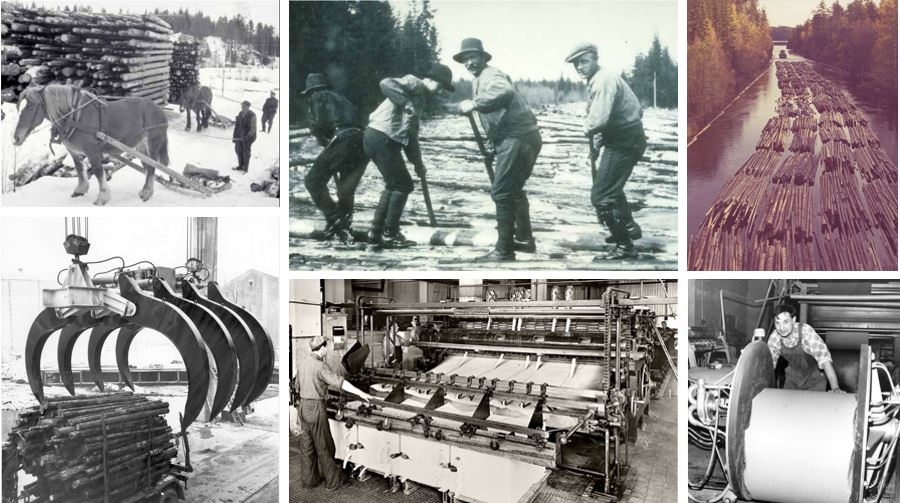 Norske Skog was listed on the stock exchange in 1976 and expanded during the 1970s and 1980s to become the largest in the Norwegian wood processing industry. The company acquired Follum Fabrikker (established in 1873) at Hønefoss, the Union Group (1873) in Skien and Tofte Industrier (1897) in Hurum. In 1989, Norske Skog, Follum and Tofte merged, before acquiring the Saugbrugsforeningen (1859) in Halden. At the same time, the company had a controlling stake in Union. Thus, the Norwegian paper and pulp production was gathered in one company.

Norske Skog started by cultivating newsprint and magazine paper as its core area from the mid-1990s. About 40 engagements in everything from corrugated cardboard and floor production to sawmills and forest properties were sold or wound up over the next ten years.  In the same year, the Union was infused. In 2000, the pulp factories at Tofte and Folla were sold.

The company's European expansion started with construction of Norske Skog Golbey in France in 1990. The mill in Bruck, Austria was taken over in 1996. Norske Skog Steti in the Czech Republic followed suit in 1997 and was later sold in 2007. The Walsum mill in Germany and Parenco in the Netherlands were bought in 2001.

In 1998, Norske Skog helped establish Asia's largest newsprint producer, Pan Asia Paper Company Ltd. in Singapore with the acquisition of mills in China, Korea, Malaysia and Thailand, and continued at even greater speed in 2000 with the purchase of Fletcher Challenge Paper, including mills in Australia, New Zealand, Chile and Brazil.

The mills in Korea and China were sold respectively in 2008 and 2009. Several other mills were sold or closed down in the subsequent years. After several refinancing attempts during 2016 and 2017, the Board of Directors in Norske Skogindustrier ASA filed for bankruptcy on 19 December 2017. On 18 October 2019, the Norske Skog ASA was publically listed at the Oslo Stock Exchange (Oslo Børs).

At present, Norske Skog is among the world’ s largest producers of newsprint, and has broad geographical coverage. Norske Skog has now 5 business units in 4 countries, and has sale to more than 80 countries. In 2020, Norske Skog announced a new strategy of converting two newsprint machines at Bruck (Austria) and Golbey (France) into renewable packaging with a production capacity of 760 000 tons. The Norske Skog group has taken substantial steps to reduce the carbon footprint level the last years.