Bjørn Einar Ugedal (48) has been appointed new Managing Director at Norske Skog Skogn AS from October 15, 2019. 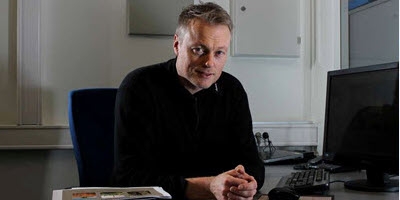 He has extensive experience from a number of positions in the process- and power-intensive industry. Until recently, he was the CEO of Ferroglobe Mangan Norway in Mo i Rana, which produces manganese alloys. He has held a number of leading positions in multinational corporations in the process industry. Ugedal holds an MBA (Master of Business Administration) from the European University of Barcelona (Spain) and graduated with a Master of Science in physical metallurgy at NTNU in Trondheim.

- We are pleased to welcome Bjørn Einar Ugedal as new Managing Director at Norske Skog Skogn. Together, we share the ambition to create as competitive Norske Skog Skogn as possible in this demanding industry. Today Skogn is a well-run mill with great development potential, and we believe that Ugedal will be able to add new competence to further develop the operations at Skogn, says Sven Ombudstvedt, CEO of Norske Skog AS.

- I am very motivated and ready for this new challenge. In a constructive and close collaboration with our suppliers and customers, we will continue to produce and deliver world-class publication papers. Norske Skog Skogn has many talented and competent employees, and we will together ensure the competitiveness of the mill and at the same time create growth opportunities for new initiatives, says Bjørn Einar Ugedal.

When Ugedal takes over as Managing Director, he will replace Amund Saxrud (47), who has been Managing Director since 2011. Amund Saxrud will from October 15 take over as new Chief Operating Officer (COO) of the Norske Skog Group, responsible for monitoring operational activities at the Group's 7 mills.

- We are very grateful for Amund’s impressive efforts to strengthen Skogn's competitive position over the past 9 years. Considering the fierce competition in the paper industry, Amund's extensive operational experience will be valuable in his new job as COO, says Ombudstvedt.

Norske Skog Skogn has 390 employees and had in 2018 annual revenue of NOK 2.2 billion. The mill has an annual production capacity of 510 000 tonnes of newsprint.