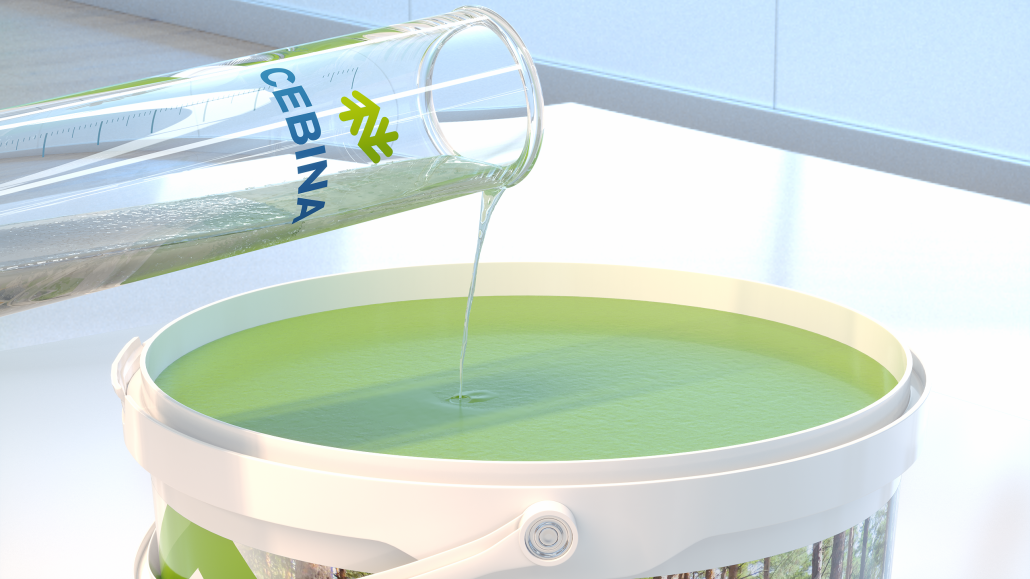 Commercial development of CEBINA has seen good progress during 2021, and the commercial entry into a new application area is a key milestone. In addition, it represents the first sales contract with regular volume delivery and an annual contract size of approximately NOK 500,000 with potential for further growth.

- “The sale of CEBINA into a new application is very exciting, as it provides further evidence of the wide-ranging and environmentally beneficial potential of the product. In addition, we will be able to generate regular sales and revenues, and start building the financial foundation for the CEBINA business. The development of CEBINA is done in close collaboration with companies, consultants and researchers, who see the need for green and sustainable products,” says Hugo Harstad, Commercial Development Director of CEBINA at Norske Skog Saugbrugs.

CEBINA is a natural fibre-based product that adds rheology control in fluids and armouring in solid materials. It has been developed at Norske Skog Saugbrugs since 2006. CEBINA is produced by breaking down the wood fibre to very small parts, called cellulose nano fibrils (CNF) or micro fibrillated celluloses (MFC). CEBINA forms a network of micro-length threads at nano-width. One gram of CEBINA can cover an entire tennis court, or be stretched eight times around the earth. These incredible surface and length properties give CEBINA its unique qualities. Norske Skog Saugbrugs has worked closely with the R&D institutions RISE PFI, NORCE and Re-Turn. Support from The Research Council of Norway and Innovation Norway has been key to the success.

- “Currently our CEBINA production capacity ranges between 100 and 500 tonnes per year depending on grade. Demand is currently within the existing capacity. However, expansions will be considered depending on future demand development, ongoing commercial discussions and potential international sales agreements. An expansion would to a significant extent make use of existing infrastructure and raw material access at the Saugbrugs industrial site, and would thus be relatively capital light,” says Hugo Harstad.

About Norske Skog
Norske Skog is a world leading producer of publication paper with strong market positions and customer relations mainly in Europe and Australasia. The Norske Skog Group operates four mills in Europe, two of which will produce recycled containerboard following ongoing conversion projects. In addition, the Group operates one paper mill in Australia and a wood pellets facility in New Zealand. Norske Skog aims to further diversify its operations and continue its transformation into a growing and high-margin business through a range of promising energy and fibre development projects. The Group has approximately 2 150 employees, is headquartered in Norway and listed on the Oslo Stock Exchange under the ticker NSKOG.